Blog series 1  ‘when birthdays become scary events’ ended with the question: Is retirement viable for you?

We should extend this inquiry a little further: If the majority around you aren’t feasible in retirement, does that undermine your retirement viability, however secure?

Well, this blog poses a retirement planning dilemma, for those in formal and informal employment.  We explore possible functional pathways to retirement.  Perhaps, in the latter, we may have the solution that keeps the wolf from the door on your 40+ birthday 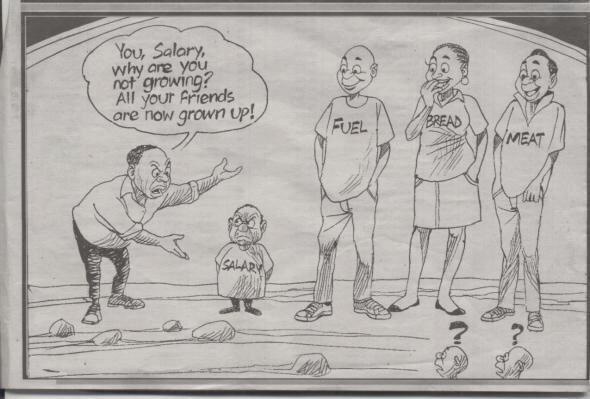 Is your retirement viable if that of ‘thy’ neighbour is not?

Retirement experts advise you to start saving towards your retirement in your early twenties. They also recommend that you save 10% – 15% of your income for retirement. This simple act, employed or not, saves unnecessary anxiety especially as you get closer to your retirement age.

Free counsel: especially for those of you in their 20s; if you want to enjoy your birthdays in the 40s+, start saving 10-15% or more of your income now.

In our 20s and 30s, we assume that time is on our side – we may not keep enough but still enjoy our birthdays. After all, there is every reason to postpone saving for retirement; for example, having to buy the right wardrobe to keep up with the Joneses, credit card bills to pay every month, a mortgage, car loan, expensive holidays, etc

Fast forward to your 40s and retirement and how viable your retirement plan is, are high up on your to-do list. For many, starting to save in the 40s is not a bad thing – better late than never. Experts tell us that someone aged 40 would need approximately 50% of their current income saved, to have the same standard of life in retirement.  Well, can you imagine surviving on 50% of your current income, unless you have other income sources

We are Ugandans – therefore, it’s befitting to discuss retirement planning from the Ugandan context.  However, the Uganda retirement plan narrative applies to many East Africa countries.  The latter is not surprising since the Master created State systems in East Africa.

The soon to be liberalised pensions sector in Uganda, is monopolised by the government-run National Social Security Fund (NSSF). Those with savings in the NSSF scheme have done well with interest payments of 12.3% (2015/16).

However, NSSF runs the Western pension model –  contribution to the plan is 15% (5% employee and 10% employer), and one can access their life savings at 55 years of age (gives you insight into how long we live in Uganda)

The inequity of the Western pension model:

Over 66% of Ugandans are employed in the agriculture sector – less than 5% of those employed in agriculture are on wage-paying jobs; it is mostly subsistence agriculture.  In effect, 61% of Ugandans surviving on subsistence agriculture are not enrolled in a pension scheme. The services and industrial sectors in Uganda employ 28% and 7% of the total population – some employees in these two sectors are enrolled in the NSSF pension scheme, thanks to the enforcement of government policy. However, if not paid a living wage, many still face exposure in retirement.

To complicate matters further, Uganda boasts of a very generous youth definition – from 16 – 30 years. With 64% of the unemployed still youth, the nation is headed for a post NEETs generation that lacks viable retirement options.

Our very conservative estimate is that 70%+ of my Ugandan kin do not have a viable pension scheme.

The government has started, we suspect, providing a small stipend to the elderly – we equate that to the state-pension of the Master. Is the latter enough? Is it sustainable?

The solution to the above enigma is two-pronged:

1. A policy matter for the government as the long term and sustainable solution
2. A medium term solution that once again brings to the fore, our African values and social-security a la African-style

1. In the long-term, fundamental changes should be made to Uganda’s education system – emphasis on STEM and entrepreneurialism should be taken more seriously
2. In the medium-term, we need to stop the graduation of the youth NEETs to post-youth NEETs – and there are promising efforts by different nation-states in Africa. We need to learn from one another
3. In the short-term, we need to retrain the post-youth NEETs and moreover in Agriculture Science and entrepreneurialism; the reality is that currently, Uganda is still an agrarian society, and that is where Uganda’s immediate potential for productivity lies. A program to re-orient the post-youth NEETs towards Uganda’s natural-potential needs to be designed urgently. The sustainability of a such a program depends on the extent to which its designers acknowledge agrarian society education, employment, and training realities

The issue of jobs or the lack of, the resulting hopelessness for generations of Ugandans, is a result of many years of education policy ineffectiveness. What is not effective, shall always catch up with us!

African, Uganda in this instance, had social security systems that worked well.

The Orthodox East African extended family, usually a nucleus of ten plus individuals and additions from the African ‘clans’, gave certain guarantees to its members:

How can we get ‘Africanism’ back into our life-cycle, albeit with a touch of modernity?

Should we not consider bringing back the African vibe into birthdays and ageing? Birthdays were a ‘non-phenomenon’ because Africans were guaranteed a robust safety net, that didn’t involve a percentage of savings with NSSF, banks, etc

How do we save my 4 year old niece Anaya from this debacle?