Home › You, the Leader! › Servant leadership and its place at the bionically-balanced entity

Servant leadership and its place at the bionically-balanced entity

Leadership grants leaders a lot of power, and such power can be used in several ways. Some leaders have used power to coerce others into involuntary submission, others have used power to get consensus in teams, or to only define the direction and let the led get on with the journey. Clearly, there are many variants of how leaders use power – both good and bad.

This week, we discuss the servant leader and how effective they can be at the bionically balanced entity. Some of you will ask, why servant leadership? Well, usage of leadership paradigms that place people first is on the rise. It’s apparent that firms that shall get the best out of a brittle, demanding, emotionally vulnerable millennial generation need to put people first.

The servant-leader is a servant first. It begins with the natural feeling that one wants to serve. Then conscious choice brings one to aspire to lead. The best test for a servant leader is: do the served grow as persons: do they, while being served, become healthier, wiser, freer, more autonomous, more likely themselves to become servants? And what is the effect on the least privileged in society; will they benefit, or, at least, not be further deprived? (Greenleaf, 1977/2002, p. 27) 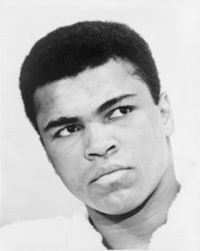 “The Service you do for others is the rent you pay for your room here on Earth.” – Muhammad Ali

For centuries, the owners together with their managers and leaders have defined the terms of employment and the worker has obliged. Today, the employee is increasingly defining the terms of employment.  The owners and their representatives have little choice but to satisfy the worker’s demands. This is an interesting reversal of roles and one that may not go away soon.  Especially, as the digital age continues to influence operations at the modern firm

With the renaissance of the worker, effectiveness theorists like the Effectiveness lab have been forced to look at leadership paradigms that put people first using a much stronger OD. lens.  How effective are leaders that ascribe to such people-laden theory?  Are such leaders too spiritual and therefore soft, that they sacrifice attention to other organizational vitals (OV) like strategy and design? Does serving others, and allowing them individual growth and increasing autonomy, tantamount to a leader giving up power and control over other organisational vitals?

At the Effectiveness lab, we know that not paying appropriate attention to all the four organizational vitals [leadership, strategy, design (architecture) and people] results in bionic-imbalance and all its negative consequences

This blog collocates the Effectiveness lab’s five critical leadership attributes against those of the servant leader.  In the end, we should be able to determine the extent of OV interconnectedness at the servant led entity, and whether a servant leader can do well at the bionically balanced entity.

The above collocation shows that it would be wrong to believe that the Servant leadership paradigm is too ethereal and sacrifices attention to other vitals like strategy and design, and instead focuses on people alone.

To the contrary – in a subtle yet firm manner, the Servant leadership paradigm takes a helicopter view of the organization.  It interconnects all the four vitals.  Indeed, Servant leaders may perform better at bionically-balanced organizations in this age of the ‘worker’s renaissance’

Like Loading...
‹ Leadership – about mastering the ‘insides’ of an organization
Personifying your leader label – the three label types ›

Categories: You, the Leader!