The family rental industry in Japan was born to deal with a social enigma – the disintegration of the traditional family into something too nuclear, and that no longer boasts of social relevance.  The modern family numbers are so small that societal duties can no longer be accomplished by them.  The answer, and for your information, not only in Japan but also other countries, is mercantilism – hiring replacement relatives for: fathers, mothers, sisters, sons, daughters ad aunts.  To put it simply: blood and other relationships can be substituted, and effectively at that, by rented ones. Soon you may no longer need family at all. You may spend your life-forming nine months in a biological-bottle under imitated human prenatal conditions, and once born and released into the world, hire relatives on a need basis.  No need for Mum and Dad, but only your smartphone and internet to search and identify commercial relatives

‘In 1989, Satsuki Ōiwa, the president of a Tokyo company that specialized in corporate employee training, began to rent out children and grandchildren to neglected elders—an idea she got from hearing corporate workers fret about being too busy to visit their parents.’

‘Two years ago, Kazushige Nishida, a Tokyo salaryman in his sixties, started renting a part-time wife and daughter. His real wife had recently died. Six months before that, their daughter, who was twenty-two, had left home after an argument and never returned.’ 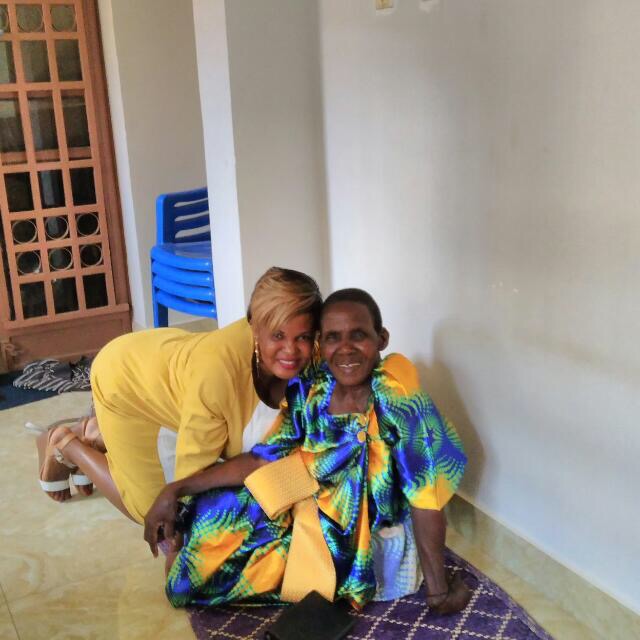 Is the above, call it the Japanese-fix if you like, not an effective and efficient solution to an increasingly debilitating societal problem?  Loneliness and family size too small that there is no room for relatives falling out with one another, and still have enough relatives in the family to keep warm relationships with.  Nuclear families are seeding a ‘one-strike, and you are out’ approach to family affairs.  There is no room for error when it comes to relating to the modern family. Only that, we are human and not robots; so, mistakes will always be part of us

True, Japan’s answer to its family dilemma is effective and efficient – at least for those of us at the Effectiveness lab that spend hours observing, reflecting about, and exploring smart solutions to life’s problems.

A typical Western-world problem or does it extend beyond that world?

We know – that many consider the above a typical Japan and by extension Western culture problem. Ugandan’s are apparently insulated from such disdain for the traditional family.   Indeed, at Nakabugu village, we still follow the ‘writing’ of our forefathers on matters to do with the family

The creation of family starts with the marriage or coming together of a man and woman. This relationship starts with a traditional ‘Kisoga’ ceremony called ‘Okwanduula’.  During the ‘Kwanduula’, a lavish [by Nakabugu standards] and joyous occasion for all Nakabugunians, the woman introduces the future husband to her family.  The woman’s Aunt [Ssenga, in Nakabugu speak], and sister to her father, is the one that delivers the so-called ‘news’ of the impending marriage in her family.

The ‘Ssenga’, is a critical piece in this social jigsaw.  So much so that even long after the official marriage, if there are problems between the husband and wife, it’s the ‘Ssenga’ that the boy or girl run to for solutions.

The ‘Ssenga’ is the arbiter – and partakes in the sustenance of the marriage and the subsequent procreation by families.  As Nakabugu men, we aren’t privy to certain things – but we have been informed that stuff that is learned on Google these days, was delivered in strictly confidential classes by ‘Ssengas’

Is the above the genesis of the commercialization of the family in Nakabugu village? Has the Western culture effectiveness and efficiency drive caught up with our Nakabugu village culture?

So, now that we are talking ‘Ssenga’s’ on Google, let us delve deeper into the social fabric of the so-called ‘modern’ Nakabugu village family.  The traditional Nakabugu family is also under attack – like its Japanese peer.

The traditional ‘Ssenga’ has been displaced and replaced by the hired/commercial ‘Ssenga’. Apparently, at the ‘Kwanduula’ ceremony,  more women than ever before prefer rented ‘Ssengas’ – the urban and digital savvy ‘Ssenga’ meets certain standards that our Nakabugu village ‘Ssenga’, excluded from the information super-highway (internet) can’t.

The digital ‘Ssenga’ is modern, understands modern dance as opposed to the Nakabugu village ‘Khamenha-Ibuuga’ traditional dance, is smartphone literate, has applied the right skin bleach chemical, has the right fake hair-piece, etc.

If young Nakabugu women, are choosing the rented and modern ‘Ssenga’ and ditching the biological ‘Ssenga’, how different are we from Japan?

Like Loading...
‹ Renting out replacement relatives – family mercantilism Series 1 of 2
Do you have the ‘GAFA’ factor at your workplace? ›