Home › Design › Are organisational structure and hierarchy dying on their feet? Series 2 of 2

Are organisational structure and hierarchy dying on their feet? Series 2 of 2

It’s funny that as we write series 2 of this blog, the very hypothesis that we put before you in series 1 is under scrutiny. With COVID19 ravaging the globe, have we ever been in a time where military-like organisation configuration is so much in demand to reign in worried, desperate but also errant citizens?

Forget the banana republics. This time, even the titans of quintessential nationhood, powerful nation-states at that, are declaring states of emergency to halt the spread of COVID19. 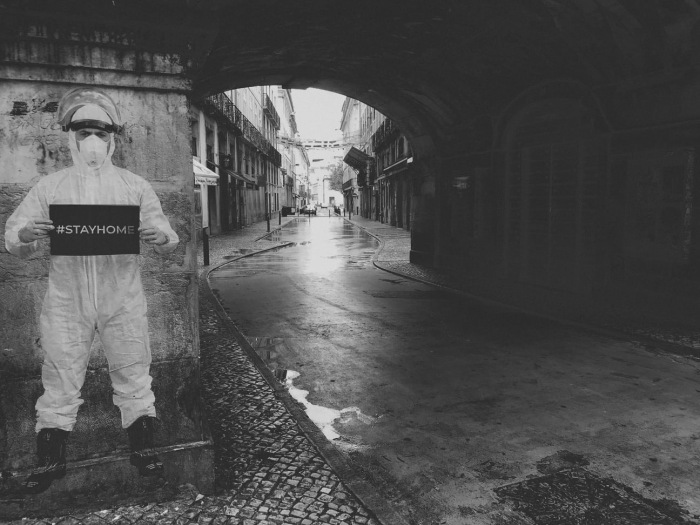 Some have said that democracy is locked in the drawer for now. Orders are being given without much debate, of course, to save nations from the dreaded virus.

We believe that the world has not faced a medical crisis of this magnitude, post world war II. A crisis that may forever change the polity and economics of nations. And the task at hand: to stop the potential decimation of citizens; and we dare add something else, that has defined and driven lifestyle: good economics and specifically – purchasing and other accompanying power plus a life of convenience, interlaced with a mercantilism culture. But all the latter are now under threat and no one, even the traditionally steady, seems in control.

This is a defining moment for both big and small in God’s world.  Instinctively, the world, even the usually non-authoritarian world, have defaulted to structure and hierarchy to get things back under control.

Indeed, It’s our good old friends – structure, hierarchy and authority that we have run to address the scare, that has fast turned into reality.

Yet – even as we warm-up to the good of structure and hierarchy, the hypothesis in this particular blog isn’t dead just as yet.

To the contrary, we are witnessing numerous examples of the pushbacks against hierarchy and structure. The messages we are getting about the young people not wanting to comply with state orders is testimony to the disdain for authority, by those that think the time for this kind of order is long gone – even at this particular time. You and we may want to believe that the new normal must be ‘obey and do….’., but apparently to many other folks, it’s precisely the opposite.

The youth in the western world believe they are immune to the COVID virus and can’t be seen missing out on their lifestyle. Even the very powerful don’t want too much boxing.

Even whole nations have acquiesced to the liberalist thinking of the ‘newer’ generations; the disdain for ‘boxing’ is apparent

Even in our Uganda – I visited our village Nakabugu about a week ago – and right next to the entry to our parents’ estate, was a funeral service taking place in complete disregard of what had been decreed by Uganda’s ‘Sovereign’, just a day before.  Ironically, we reminisced at the sight of what was happening: ‘could the latter happen in the Idi Amin era?’. Disobeying orders from the top?

Let us try answering the above Nakabugu situation.  And it’s an interesting dichotomy that explains the western and Nakabugu circumstances. While the disdain for authority may be generational in the Western world, in Uganda, it’s ‘infiltration’.  Why the latter? Where hierarchy can’t be challenged directly, it’s simply infiltrated with the same results. How? That you become so knowledgeable and influential within the hierarchical mechanisms of the State that you can do what you want to be done, and hierarchy will treat it as a case of: “we haven’t seen what is happening and it can be assumed that we don’t know.”

Whether generational or infiltration – the outcome is the new normal.  We are confronted by the reality that structure and hierarchy aren’t wanted and are increasingly becoming irrelevant. Can people leave without such orderliness? Aren’t they doing so already? Are we unfairly blaming those that push back against strict-orders in these difficult circumstances?

Those stepping in our shoes, and they increasingly form the critical-mass, aren’t comfortable with the tendency by structure and hierarchy to box them too much. They will fight back and in instances where fighting back is too dangerous, infiltrate and neutralise hierarchy and structure. Both approaches, different as they may be, give the same result – the death of structure and hierarchy.

So would something without or with less hierarchy and structure do the job anyway, even in difficult times?

Anything without hierarchy is a holacracy. As a matter of fact, it’s a generational thing and want it or not, it’s here with us and to stay.

A holacracy is a method of decentralised management and organisational governance, in which authority and decision-making are distributed throughout a holarchy of self-organising teams rather than being vested in a management hierarchy.

Increasingly, the Millenials and Z-Generation are taking over the world – anyone in the ’50s, even the early ’50s is gradually becoming irrelevant today. The truth is, we are being suppressed by the tyranny of numbers of the younger generations. It’s their ways and beliefs that are becoming the order of the day. Things have become flipped. So much so that even in times of crisis, hierarchy can’t reign in the harbingers of freedom and laissez-faire lifestyles

The emerging generations think ‘roles’ and not ‘boxes’ of job descriptions and titles. They are workers by the day and online activists by night, and that intensely dislike hierarchy and structure. They challenge hierarchy even when it’s in peril of them dying. What they do is so fluid that they assemble their organizing-mechanism when needed, for example, to protest against authority, and disassemble with the same ease and get back into shape.

Those of you used to ‘orders’ and ‘boxes’, don’t understand this ‘new’ generation and in equal measure, they don’t understand you. They thrive, increasingly, on-line via self-governing mechanisms. This may be on WhatsApp, Facebook, change.org, etc. They work with an integrationist decision-making mechanism. The agility to form and disband at breakneck speed makes these self-governing social eco-systems challenging to control.

And for the above, they are increasingly taking over the world, right from our homes and other places –  even when we are all crying COVID19

They want freedom, and freedom they get, but not in China

Like Loading...
‹ Are organisational structure and hierarchy dying on their feet? Series 1 of 2
Corona virus life realities – drawing-down on our life expectancy ›