At the Effectiveness Lab, we present our thoughts via the effectiveness/efficiency lens. We are efficacy-junkies and ultimately would wish for all that we do as individuals to be rated top because it’s quintessential; and not because we carry individual perceptions about us by others in society.  In this case, people of colour, women, other minorities tend to be discriminated against and are usually on the lower tier of the social ladder. 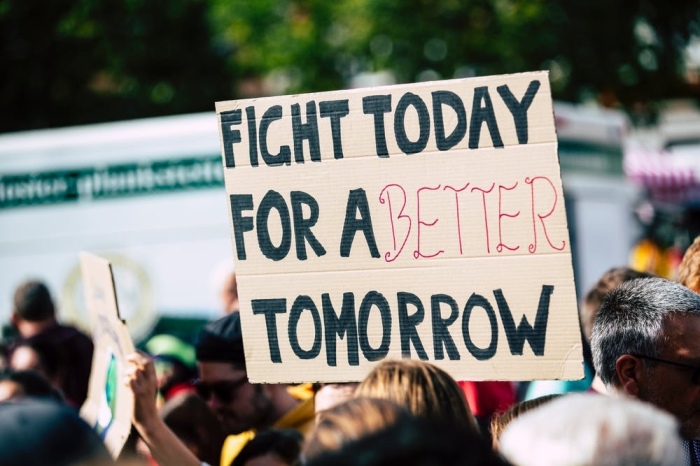 The subject of whether lowly souls should be left on their own or propped by the system via affirmative action is one that divides people. On the one hand, we support affirmative action. But on the other, is the belief that when lowly human beings get accolades, for whatever we do as professionals/people, it should be based on quality outcomes and not hydro-massaged standards, moulded explicitly for the ‘underdog and pitied’ class. Yes – affirmative action bestows on persons of colour and other minorities, favours that may not go to others.  And the latter carries all sorts of connotation.

Indeed life brings certain things to us – that we don’t always want and if we do wish for them, never understand the implications that accrue from them.

People of colour, especially in social-liberal contexts, are the subject of all sorts of affirmative action. Direct, indirect, forced on those that are giving such affirmative products, others are doing it to be politically correct and in-some instances, it’s a do or die for the doers, and they either have to comply or be thrown out.

If you are a person of colour, or a minority (it may be a white person in an African setting), you may have come across situations where you were referenced as the ‘…..1st, from this place/colour, to……..’ Such a statement is common when people of colour do great things like winning a gold medal in sports, scholarly recognition etc. Now, does this reference to: the ‘1st to do xxxxx’ as opposed to your unqualified ability, take away the shine from your achievement and recognition? Does such being ‘…the 1st to xxxxxx’ make you any more suitable?

As Effectiveness diehards – we opine, and sensitively, that achieving via ‘being the 1st….to……’ can be phoney. You can be first and not good enough. There is a real danger of institutionalising tokenism and undermining hard-work, tenacity and ultimately authentic individual achievement.

We have to be careful not to use others to attain token-goals and the ensuing calm. It’s OD political gymnastics. Should every human being not be judged on and recognised for their pedigree, whatever the type, and not what they are denied because they come from certain groups of people?

Should people of colour not be employed and recognised for high achievement because they are the best and not ‘the 1st to…..’? But how do we balance the need for individual achievement without allusion to affirmative issues, and the need to acknowledge the fact that we don’t leave in an ideal world? Yes, we know that some of you are denied opportunity and need propping to reach your potential

And the above is problematic and makes matters of affirmative action a no-go for many.  It’s not a straitjacket as many want to think. We are on yin-yang territory here. Both issues are interrelated, and one can indeed give rise to the other. Leave the vulnerable on their own, and they may fall further behind and need affirmative action. Grant affirmative action and you may undermine nature’s instinct for individually working hard and sacrifice – survival of the fittest.

So, do we need a favour to be the best?

Many times, affirmative action is required and works in the interest of society.  It’s used to get particular groups of people, especially those with a peculiar vulnerability, up the ladder. For example, girls in Uganda, during our time at high-school, were granted bonus points to enter university. That was indeed right, as there are so many factors at home and outside, that prevent even the very best of girls to attain the required grade at A levels to join the university on merit. So – the girls were accorded the latter support not because they weren’t good enough, but were being negatively impacted by external factors beyond their control. Black people in the West have also benefited from all kinds of affirmative action schemes, both in the nation-state and corporate environments.

On the other hand, one could also argue that such schemes are tokenistic and that they discourage others from working hard and competing with the very best.  Affirmative action scheme subjects know that they are beneficiaries of particular fillips that get them to whatever goal they want to achieve without pushing the hardest. There is a feeling of personal achievement and bravado when you attain a particular status/goal without being aided. Do drug abusers that win gold in world-athletics, get the same elation and anti-climax moment, when they win medals as the clean athletes? To be completely honest, we don’t know – but suspect they don’t. An even better example is a promotion at work – should it be based on affirmative action like the colour of your skin and a need to achieve specific diversity numbers, or meritorious achievement?  Do you feel accomplished when you are promoted because you are of a particular colour?

These are complex matters that depend on the context one finds themselves in. Leaders have to use their best judgement when dealing with moments like these. It was necessary for Uganda – to award girls extra marks to get them into University or else it would have remained a boys game forever. On the other hand – some individuals can’t deal with the stigma arising from such schemes, both from others and self, that they would rather compete and get accolades on merit

The truth is – there is no straight answer; these things are contextual but also depend on your individual belief.

What do you think?

Like Loading...
‹ We are all retiring into farming – Uganda’s new social security craze
Do you pay ‘rent’ for your success? ›