We all use the words boom and burst, don’t we? 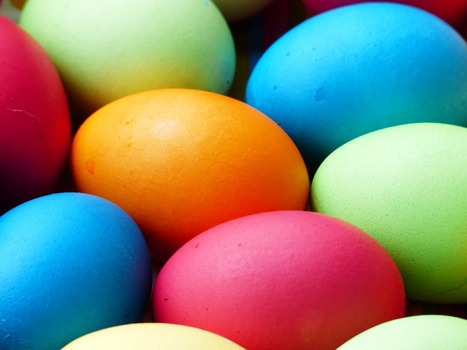 Survival is down to the choice of core principle; there are many to choose from, get the colour right

Apparently, boom and burst refer to a process of economic expansion and contraction; that occurs frequently. Let us attempt to put ‘boom and burst’ in a layman’s perspective – Nakabugu village in Uganda, as one would suspect, is the place to go for such contextualization – Nakabugu is what we understand best since it is the place we were raised.

At Nakabugu, you often hear petty-traders use the words ‘muuna embeela mbi ..’ (read: friend, times are bad), referring to times when business is low. Our kin and neighbours in Nakabugu must have entered a period of burst, whenever they cry out: ‘muuna embeela mbi…’

Indeed, Individuals, families, small or medium and large enterprises, Nation-States all go through periods of boom and burst. It is an old phenomenon. Boom and burst periods may be caused by external factors beyond any one’s control or internal matters that organisations and humans can influence. We focus our discussion of boom and burst on the latter

During periods of boom and burst at institutions, we see two fundamental drivers at work, and that we want to bring to your attention this week:

Behind every success or failure (boom and burst) at an organisation, is a human being. The person may be a manager at a business small or large, solo-entrepreneur, business magnate, parent, or President of a country. More often than not, the boom and burst cycle and its effect on the organisation is attributed to the strengths or weaknesses of an individual – the business pedigree of people is put out for scrutiny.

When Apple went through a period of burst, Steve Jobs took partial responsibility and had to move on from the business for some time; yet, the same Steve Jobs returned to Apple and had gone down in history as one of the most successful entrepreneurs of our era. It was on Steve Job’s watch that Apple enjoyed a period of boom, that has gone on long after his death.

Facebook and Marker Zuckerberg is another company experiencing a period of boom – unless industry regulators throw a spanner in the works, Facebook’s boom period may also last for years. Success at Apple and Facebook is attributed to Jobs and Zuckerberg as individuals – is there something more than the individual pedigree of the two, that is driving success at these companies?

Like in the industrialised world, In Africa, we have a breed of renowned African billionaires but our interest for this blog is in the nascent-millionaires – the African billionaires of tomorrow; we are interested in understanding what makes their businesses successful. What is it that makes them millionaires and different from us? What makes them sustain their thinking power and entrepreneurial zeal, and most of all in Africa? One would think it all is in their individual pedigree – i.e. they were born with a particular DNA to do business. But like in the case of Jobs and Zuckerberg, is there something more than their individual DNA, in their nascent success?

We cannot dismiss the fact that business success is partly a factor of our DNA. Billionaires of today like Bill Gates, Mark Zuckerberg, etc. had something unique about them right from their youth. So much so that there was daylight between their behaviour and ambition and that of their peers. Bill Gates even dropped out of college. Emerging African millionaires have something in them that can identify and exploit windows of opportunity

However, Individual pedigree is only part of the answer to achieving sustained business success. Apparently, there is something more fundamental than human DNA or intellect. Business success is influenced significantly by Principles and not necessarily the individual.

See the thinking below from the industrialist Henry Ford. He laughed at those that waited for the time Henry Ford, the man, would go under – to the Ford doomsayer’s, Ford’s success was down to his individual personality, and they believed that it was only a matter of time before Ford went burst. The Ford boom had to end at a certain point, after all, he was only human and fallible.

To Ford’s credit, the Ford Motor Company and Ideology have survived till now; including going through a very tough 2008+ Global Economic Crisis. Henry Ford’s insight below, explains the brand’s longevity and the power of business principles vs. individual pedigree:

How soon will Ford blow up?” Nobody knows how many thousand times it has been asked since. It is asked only because of the failure to grasp that a principle rather than an individual is at work, and the principle is so simple that it seems mysterious.

Henry Ford, My Life and Work

Yes, our unique DNA influences business success.  However, it is the principles that you choose to operate your business on, that ultimately define and sustain brand-power. Henry Ford created and ran his business on principles such as: designing a car for the common man and one that would meet the transportation needs of humans – his was about changing the way we lived. Ford brought convenience to the world and on the cheap – and for as long that principle was followed, why would Ford blow up? I don’t foresee, even one hundred years from today, a time when humans will get tired of convenience and value for money

The Influence of Principle on business sustainability

Analysing what drives business success is overly influenced by the fact that brand viability is more often than not attributed to individuals.

However, individual DNA is only part of the business success equation; after all, people come and go.  Sustainable businesses are built on a firm foundation of core-business-principles. This is the reason why companies like Ford Motor Company, Apple, and many others have outlived their founders. Even in instances where founder principles have had to be changed, that is a process that needs to be done very carefully.

Sadly, because principles are intangible, they are not always given the right attention or fully leveraged by business leaders.

Leaders, Managers, Parents, Presidents may want to pause and ask if they have done that critical ’soft-investment’ in core principles. Have you gone beyond self?

If you gave us the opportunity to choose core business principles, our vote at the Effective lab is to three principles: invest in good people, develop and sustain a service culture, and always embrace internal and external accountability

Like Loading...
‹ Pennilessness and its untruth on the character of man
The triad that sustains classic organisations ›